In 1979 Nigel gained a BA Honours degree for Fine Art, Sculpture and Print Making from Loughborough College of Art and Design, England. Since then he has taught Fine Art as well as producing several successful solo exhibitions in the South West of England where he spent much of his working life. 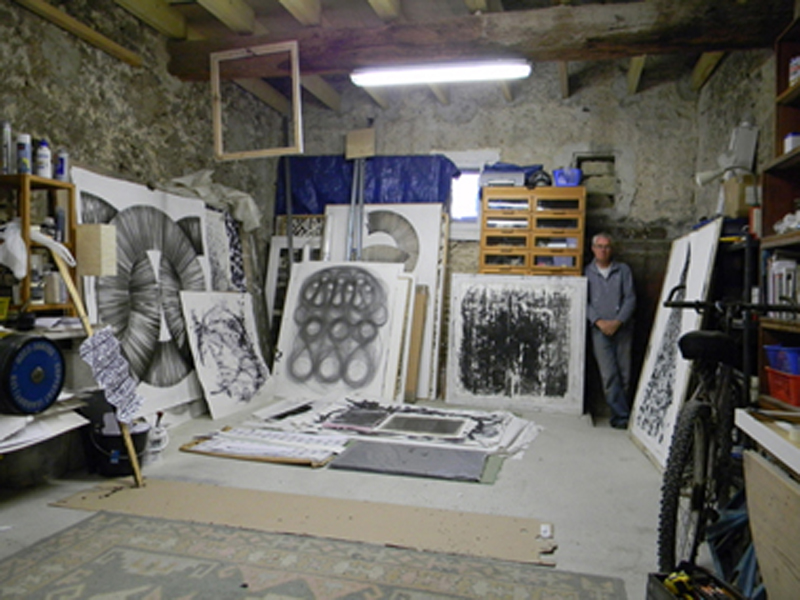 Much of my work originates from Landscape. My recent work is as much to do with the process of making as it is about what I see, hear, smell, taste, feel or touch. The nature and character of the place that inspires me; how it might have been made and its spiritual significance are features that inspire me to make my Art. I do not use colours; instead I rely upon using the raw innate colour of black pastel, charcoal and Indian ink. These can make debris that I sometimes integrate into the composition of the image. The debris sometimes being of paramount importance to the meaning of the image. Some of the work I do is large, big enough for me to be physically and actively involved in the making of marks, attempting to reflect something about the spirit of the place that is inspiring me. 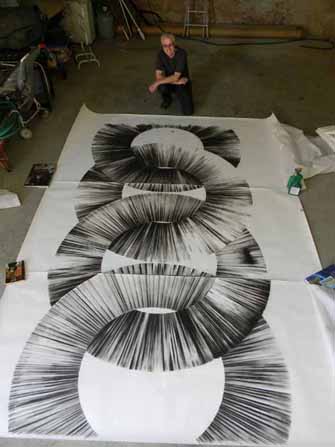 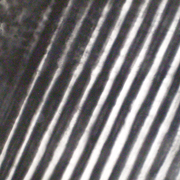 What follows are a series of short texts which describe how and why I draw. The texts are illustrated by examples of my work.

Drawing is of vital importance to the development of my art and I draw in a variety of ways and for a variety of purposes. Most of my works originate from elements of landscape and the natural environment; the nature of the stimulus informs the method of making. I make studies of what objects and places look like and am particularly interested in recording aspects to do with scale, space and geological features. I use a variety of black and white/monochrome media, colour is a distraction. 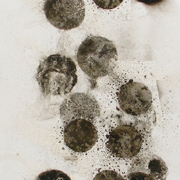 I often return to places after periods of time when weather might have had an effect upon the visual appearance of surfaces noting any changes; ideas for future work.

I made studies of piles of materials gathered by the wind, plies of leaves, vine cuttings, litter, fallen twigs, small bits of cut timber. The overall shape of the piles changed over time after weather had an erosive and corrosive effect upon its initial shape and form.

I use the sounds of the natural environment to influence the making of a drawing. I made a

drawing of a flock of birds flying away from the sound of me making a drawing of them.

I wanted the sound of rain to influence the making of a drawing, so I worked dripping ink onto paper whilst up a ladder. The bigger the marks needed to be, the higher I needed to climb. The lines below the spots of ink were slowly drawn by hand; a total contrast in terms of making. 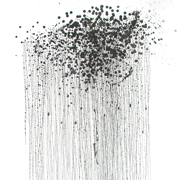 I also wanted to use the sound of the wind to help make a drawing. 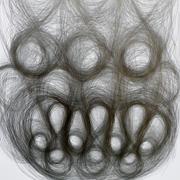 I used a continuous line, making the line lighter or dark, quiet or loud depending upon how I wanted the line to appear. 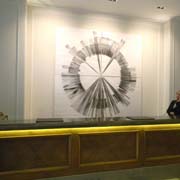 There are areas of land around where I live that have been physically divided into segments (mainly for the growing of vines), which had to involve some form of systematic method of measurement in order to achieve their geometric/mechanical design of layout. This is a method of composing, of planning and organizing which I have used in some of my drawings, where geometry and "systems" play a role. 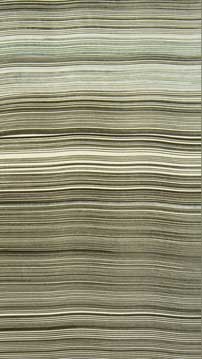 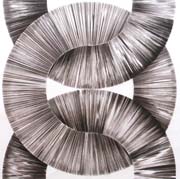 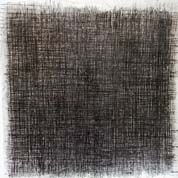